A democracy is when the people elect their representatives which work for their cause and represent them and help them solve their problems. But, it seems far from the truth. The recent controversy about GoI suppressing the unemployment data, Rafale controversy, terrorist attacks, using valor of the Indian army as a political tool to emotionally influence the citizens before the voting phase were some of the major issues before India as a democracy enter into the voting phase.

Citizens keep shouting about the inability of the government and blame the government for India being still a developing economy forgetting the fact that election time is the time when the populous of the nation holds the true power. They have the power to select the right candidate as their representative which can help the nation move forward. And this power lies in that single black mark on the finger which says that ‘I have voted for the best candidate’. Voting is not only a right written in the constitution but is also a fundamental responsibility of every citizen to cast the vote and help the nation select the best government. People who treat the voting day as a day of rest have no right to complain about the working of the government later. Hence, it is important to learn about the importance of voting and how it can bring the change we all want as citizens of India.

Few Days Back, at one of the Best University of India - University of Technology , Students and Faculty Members took pledge for Voting and made First Time Voters aware about Voting Procedure and Importance of Voting. 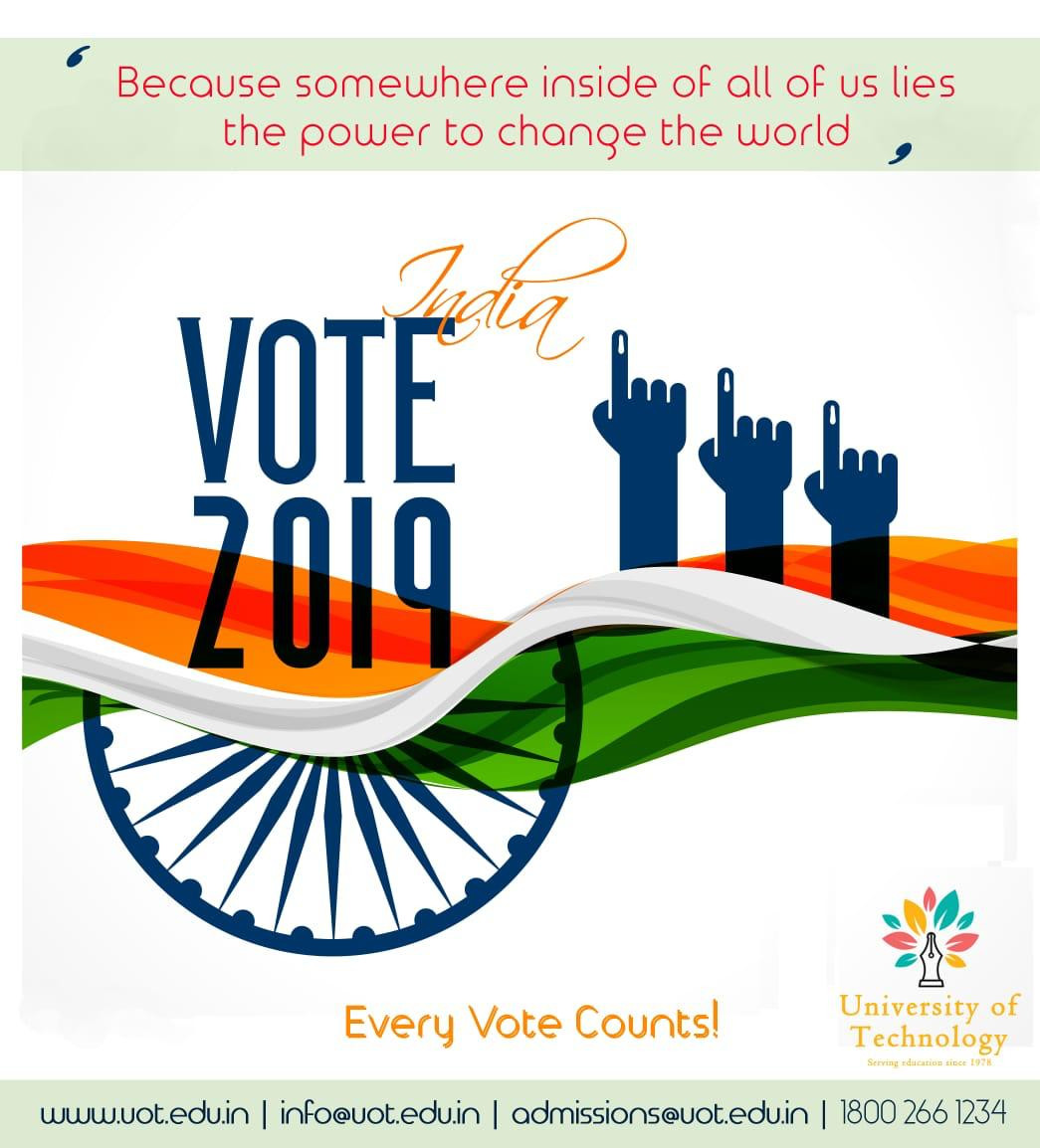 Below are some of the reasons mentioned by University students that - why every eligible citizen of India should vote:

Voting gives citizens an opportunity to bring about a real change in the nation. An opportunity to throw the government which failed to meet its promises from the previous election time. Not exercising the right to can bring back the same failed government for another complete term.

Every vote is important

Just like in exam, where every single mark counts so at the time of voting a single vote can be the reason of change. You may think that a single vote is not important but when hundreds and thousands think like that the balance will tilt for sure, Casting your vote may not bring in the best candidates but not casting your vote sure increases the chance of the unsuitable ones of winning again.

It is the voice of the citizens

Ours is a diverse country and concerns and priorities changes from region to region. The right to vote gives citizens the voice through which they select the candidate they deem fit to serve their cause. While the outcomes are not predictable by not casting your vote you are not expressing your opinion about the candidate/s.

Voting is equal part right and equal part responsibility. The entire idea of democracy is built on voting and by not exercising their right to vote citizens jeopardize the foundation of the democracy. Also, it a right which was given to use by the founding father and by not voting we are saying that we have no respect for the history of the nation.

Democracy in India is not at its best. The nation is dealing with corruption, falling economy, joblessness and many other problems. By voting we have a chance to do away with all these problems but by not voting we only make the situation worse.

Blogs From University of Technology
May 19, 2019

The voting phase of the elections in India is over and soon the results will reveal the face of the new government of India. We all know that India is one of the largest democracies in the world but c...